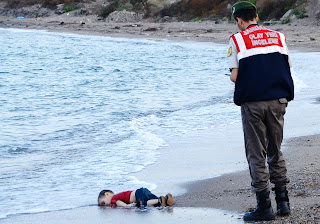 We are all familiar with the above photograph, the photograph that first brought worldwide awareness to the terrible plight of sixty million refugees the world over - it does no harm to re-publish this image to focus our minds on why we have started our #sixtymilliontrebles  project.

Sixty million refugees fleeing war persecution and poverty - governments say the right words, but deep down they fear  that  by admitting too many refugees their economic stability will be upset.

The aim of this project is to try, in some small way, to change the attitudes of governments world wide and impress on them that this crisis is not about money -  it is about the lives, hopes and aspirations of sixty million fellow human beings.

The project is simple but massive - we are going to make the largest blanket the world has ever seen.
This blanket will be made up of thousands (8050 to be precise) of  smaller 3ft. square blankets all stitched together. The sixty million trebles denotes the number of crochet stitches estimated to be needed to complete this project. each treble of course representing the lives  of the worlds sixty million refugees.This blanket should qualify for the Guinness Book of Records - and in doing so will create a great deal of publicity and public awareness to their plight.

You can help us - if you can crochet or knit, (three knit stitches equals one treble) then start today on your own 3ft square blanket, and join in the fun along with the hundreds of people already signed up both in the UK, Europe and Worldwide
After the event, the blanket will be taken apart and half the blankets will be donated to the refugees and the other half to UK charities
Along side this project we are hoping to raise just 1p a stitch - a small fortune that will surely make a difference to many lives. 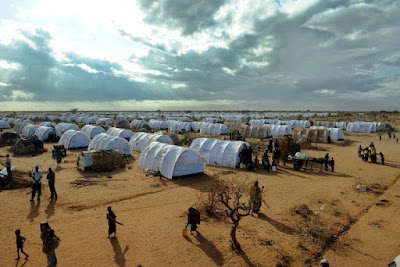 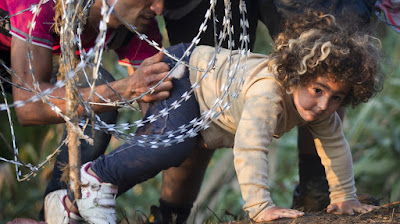 Sixty million trebles
My name is Neil - this project is the brainchild of my wife Ellen. In just a couple of weeks she has got so busy with #sixtymilliontrebles that she has asked me to do this Blog on a regular basis I have never blogged before - so please bear with me if I make too many errors. I will try to blog on a daily basis to keep you up to speed about progress on this project. However I have now also had to become full time house-husband, and so there will be many things I have not done before apart from blogging. I will keep you posted on my forthcoming futile efforts in my new role